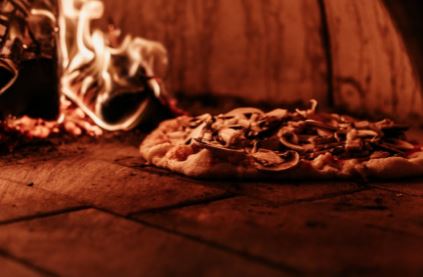 If you are considering building a DIY brick pizza oven in your outdoor kitchen, you will need to use fire bricks in your construction.

What Are Fire Bricks?

Any brick that can endure repeated heating and cooling at various temperature ranges is referred to as a fire brick. Furthermore, fire bricks must be able to tolerate various atmospheres, give diverse structural or insulating characteristics, and be available in a range of shapes to add flexibility to oven design and construction due to the difficulties of cutting them.

Where Do You Buy Fire Bricks for a Pizza Oven?

With the many uses for firebricks other than for pizza ovens, they are generally available from

2. Online marketplaces such as Amazon

5. Firebricks are included in DIY brick pizza oven kits which also include related products in the kit

Most firebrick stores only have one color of firebrick in stock, which is usually tan. Some vendors, on the other hand, will carry both red and tan. The color of the firebrick has no bearing on the oven’s performance.

What are the best fire bricks for a pizza oven?

The heat-resistant medium-grade fire brick is perfect for a brick oven, reaching high temperatures of roughly 900 degrees F. Fire bricks are durable and won’t fracture under the strain of continuous heating and cooling, making them ideal for use in ovens. Pulverized clay or shale is used to make red brick.

The fundamental purpose of a refractory brick is to endure high heat, but it should also have a low thermal conductivity to save energy. Dense refractory bricks have a high thermal mass, which can be advantageous in a pizza oven since it allows heat to be retained after the fire has been out.

Red fired clay bricks are typically used for building the decorative arch and optional sides around the oven vent and vent landing, and can be used for any decorative feature.

What is special about fire bricks?

Because fire bricks have a low thermal conductivity, heat does not flow through them; instead, it is reflected back into the heater’s firebox, resulting in a hotter and more efficient burn.

The primary purpose of firebricks is to keep as much heat as possible inside the firebox. Heat is reflected back into the firebox by lining the inside of the firebox with firebricks. As a result of the combination of new heat from the wood or fuel and reflected heat, a considerably more efficient combustion process with exceptionally high temperatures is possible. In effect, they as a form of insulation or refractory materials for the stove’s body and other components.

Do fire bricks get hot?

Hard brick (dense firebrick) is a hard, dense brick. The term “insulation” does not apply to dense firebrick. Despite the fact that it can withstand a lot of heat, it has a  high thermal conductivity. As a result, the heat will flow through the brick and absorb into it. Rather than being insulated, the firebox will operate as a heat sink, absorbing and radiating heat. This causes a firebox box to take longer to heat up (since the heat is absorbed first by the brick) and much longer to cool down (because the brick itself must dissipate the heat). Dense firebricks are a wonderful alternative for projects that will be subjected to more abuse or direct flame because they are so hefty and sturdy. Dense firebrick is commonly used in the construction of standard residential fireplaces, outdoor firepits, and woodfired pizza oven flooring.

Why use firebricks for a pizza oven?

Here are five good reasons to use fire bricks in your oven:

1 Heat retention is improved, and heat is released more slowly. Because fire bricks retain heat better, you won’t have to continuously refueling the fire and will be able to use less wood in the long run. Another fantastic benefit is that the heat is distributed more evenly and slowly, reducing the risk of flash burning breads, pastries, and pizza bases.

2 Heat resistant to a higher temperature than regular bricks. While ‘normal’ bricks can resist high temperatures, they do so in different ways. With fire bricks, you can rest assured that your bricks will not break or become brittle over time. If bricks begin to break, it may be necessary to replace individual bricks or, in the worst-case scenario, entire parts of the oven. This may become extremely costly, very quickly.

3 More light is reflected into the oven, which is beneficial during cooking.

4 Fire bricks are significantly better at reflecting light into the oven than house bricks because of their light or cream color and the fact that they don’t blacken as easily as house bricks do. This may not seem like a big problem, but anyone who has cooked with a brick oven knows that having more light inside the cooking area is quite beneficial. It is impossible to put a light inside the oven because of the temperatures it reaches. Yes, there is a fire inside that can provide some light, but you will most likely be cooking until the fire has devolved into mostly hot coals that provide little light. Style that is more conventional and classic

5 Professionals prefer fire bricks because they are more “traditional,” especially for pizza ovens. You’d be hard pushed to find a brick oven aficionado who recommends anything other than fire bricks for the interior of the oven! There are no harmful ingredients.

It’s important to remember that you’ll be cooking in this oven, not simply admiring it! Because normal bricks come in such a wide range of colors and styles, the ingredients utilized to produce them also vary substantially. It’s always a better alternative to utilize fire bricks to ensure that your food remains chemical-free.

These are just a few of the numerous reasons why using house bricks and pavers for the inside of pizza ovens is a bad idea. Normal bricks can always be used around the outside and for constructing the stand; in fact, standard bricks are actually better in rainy weather.

How many fire bricks to build a pizza oven?

The number of bricks required to construct an oven is determined by;

The usual home-based oven requires 200 fire bricks and approximately 275 tapering bricks. The former requires more mortar, whereas the latter requires less. When it comes to cutting some bricks to construct the arc, experience counts. Those without prior knowledge may cut the brick incorrectly, resulting in more wasted materials. The pizza oven will require fire bricks in addition to standard building bricks to act as the oven’s base or hearth. These bricks were created specifically to resist severe temperatures without cracking.