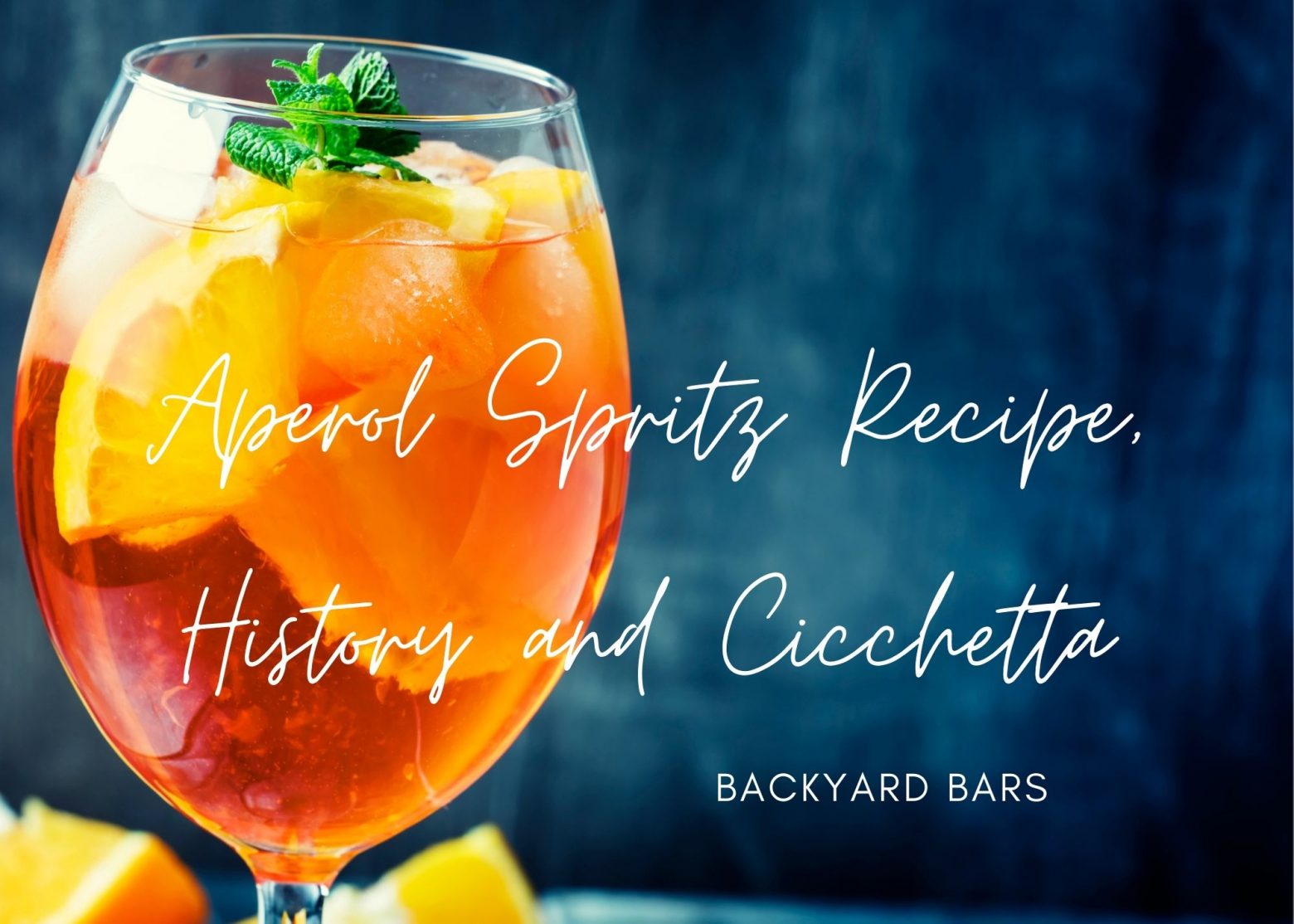 Thinking about a refreshing cocktail to serve at your Tuscan-inspired outdoor barbeque this summer? Then look no further than the Aperol spritz, a summer cocktail that is sure to find guests dreaming of the countryside in Italy.

Serve in a wine glass
Garnish with an orange slice
Directions:
Pour ingredients into a glass filled with ice cubes

What is the origin of Aperol spritz?

Though Aperol wasn’t invented until 1919, the concept of a spritz has been around for a long time. The name appears to be from the 1800s, when the Austro-Hungarian Empire ruled over parts of northern Italy’s Veneto area. Italian wines were supposed to be too strong for visitors and soldiers from other areas of the empire, so they were softened with a splash (a “spritz” in German) of water.

Wine may have been the original inspiration for spritzes, but the recipe changed over time, first swapping flat water for the lift of frothy soda water, then gradually adding fortified wines and, finally, liqueurs to the mix.

The Aperol spritz is a pre-dinner drink served with nibbles in Italy, and it is occasionally topped with a green olive to create a Venetian spritz.

When brothers Luigi and Silvio Barbieri inherited their father’s liquor company in 1912, and after seven years of experimenting, presented the bold, technicolor tipple Aperol, inspired by the French phrase for aperitif: “Apéro,” Aperol was born. The original recipe, which is still in use today, is a closely guarded secret, but it calls for bitter and sweet oranges, as well as rhubarb.

The Aperol spritz increased in popularity throughout the first half of the twentieth century, but it wasn’t until the 1950s that an official recipe was developed. The aperitivo—a light, low-ABV pre-dinner drink meant to refresh you from the day and make your appetite ready for the evening—was a hit in its home Italy.

When Aperol was acquired by Gruppo Campari in the early 2000s, the group put some serious advertising muscle behind the Aperol spritz.

Which appetizers should I serve with an Aperol Spritz?

In Italy, small plates of appetizers are served with drinks in the afternoon. These snacks are referred to as cicchetti.  Aperol recommends these four cicchetti to pair with their spritz:

CROSTINI
Crostini are thin, crunchy slices of bread with almost any topping you can think of. Tapenade is a favorite, but pubs in Venice often pile them high with deli meats, soft cheeses, and seasonal veggies. Crostini are simple to make vegan or vegetarian, and if you have gluten-free visitors, you can bake polenta pieces and top them like crostini for a similar and extremely tasty snack.

POLPETTE
Miniature meatballs are known as polpette. They’re presented on their own with a toothpick for simple eating, and they’re smaller than their spaghetti-topping cousins. They’re simple to produce at home and to personalize if you’re so inclined.

ARANCINI
Arancini get their name from its similarity to small oranges (arancine), making them the ideal Aperol Spritz companion. Although arancini originated in Sicily, they are today popular throughout Italy (and the world!). They’re prepared from risotto that’s been shaped into a little ball, then breaded and fried. Sometimes they’ll be stuffed with meat or vegetables.  Play around with different fillings to find your favorite!

TRAMEZZINI
Traezzini are little, triangular sandwiches made of soft white bread with the crusts taken off, similar to the tea sandwich’s continental relative. They can be filled with nearly anything: Prosciutto, summery grilled veggies, or even something sweet.